‘My husband is a Narcissist’
‘My wife has Borderline’

A plea for careful labeling

When I met my partner several years ago, the timing wasn’t great, because I was in the middle of a separation from my daughter’s father and needed time to process the loss of my marriage. The new man in my life was in a different phase and was ready to fully commit to our relationship. Different emotional states and different longings at that point created some chaos and difficulties between us. There was a lot of love and confusion on both sides. We both consulted our coach / psychologist to process what was going on and how best to deal with it all. One evening my partner was sharing about his therapy session and disclosed his therapist’s diagnosis of me. Apparently I was suffering from a borderline personality disorder, which was news to me!
I couldn’t believe what I was hearing!

His therapist, who had never even met me and only heard one side of our relationship story, had decided to diagnose me and therefore took away all responsibility on my partner’s side. I was ‘the problem’ because I wasn’t able to fulfill his needs. This experience was a great wake up call for me personally and professionally and offered a very important teaching that therapists need to be incredibly careful about diagnosing and labelling people, especially when we have never seen or treated them.

Now, a decade later I try to bring more nuance to this topic instead of being very quick with a diagnosis for clients. In my practice people often express their concerns about the personality structure of their partner. Terms such as Narcissist and Borderline are thrown around, without true understanding of what this means. Having Narcissistic or Borderline traits doesn’t necessarily mean that someone has a personality disorder. At the same time it’s important to address such a complex personality disorder when needed, so proper support can be set up.

I believe it’s key to look at someone’s (dys)functioning in the broader ‘system’ of their life. Questions I might ask are - Are they capable of building longterm healthy relationships? Is there a lot of conflict and drama, and how is it handled and processed? Are partners, relatives, close friends or colleagues suffering from the person’s behavior in an alarming way? Is someone capable of self reflection or is it always someone else’s fault?  So instead of quick labelling, I prefer to look at the level of functioning in the (family) system people live in. When I identify severe problems and a high level of suffering on the part of the person and his or her significant others, then I might refer them on for further diagnosis. Otherwise I consciously avoid labels and work with what they present in the sessions.

So the questions we might want to consider in our relating is -  when is it a difficult aspect of someone’s personality or a dysfunctional aspect ? When do we define something as a heated discussion or emotional abuse? When do we speak of manipulation versus confusion and gaslighting.There's often a fine line and sometimes however it’s crystal clear.

Also outside of my work I notice people are so quick to call each other names such as narcissist and borderliner. Perhaps we can think a little more carefully about the language we use as words are so powerful. Maybe we can speak a little more kindly and compassionately before we label ‘the others’. We are essentially hard wired for connection, and with a fast ever changing world, I can imagine we are all a bit confused about what we need and how to look after ourselves and each other in a healthy way. My hope is that we can learn and grow together, creating healthier relationships where we all feel safe, respected and loved and where we can leave the unhelpful labels behind. 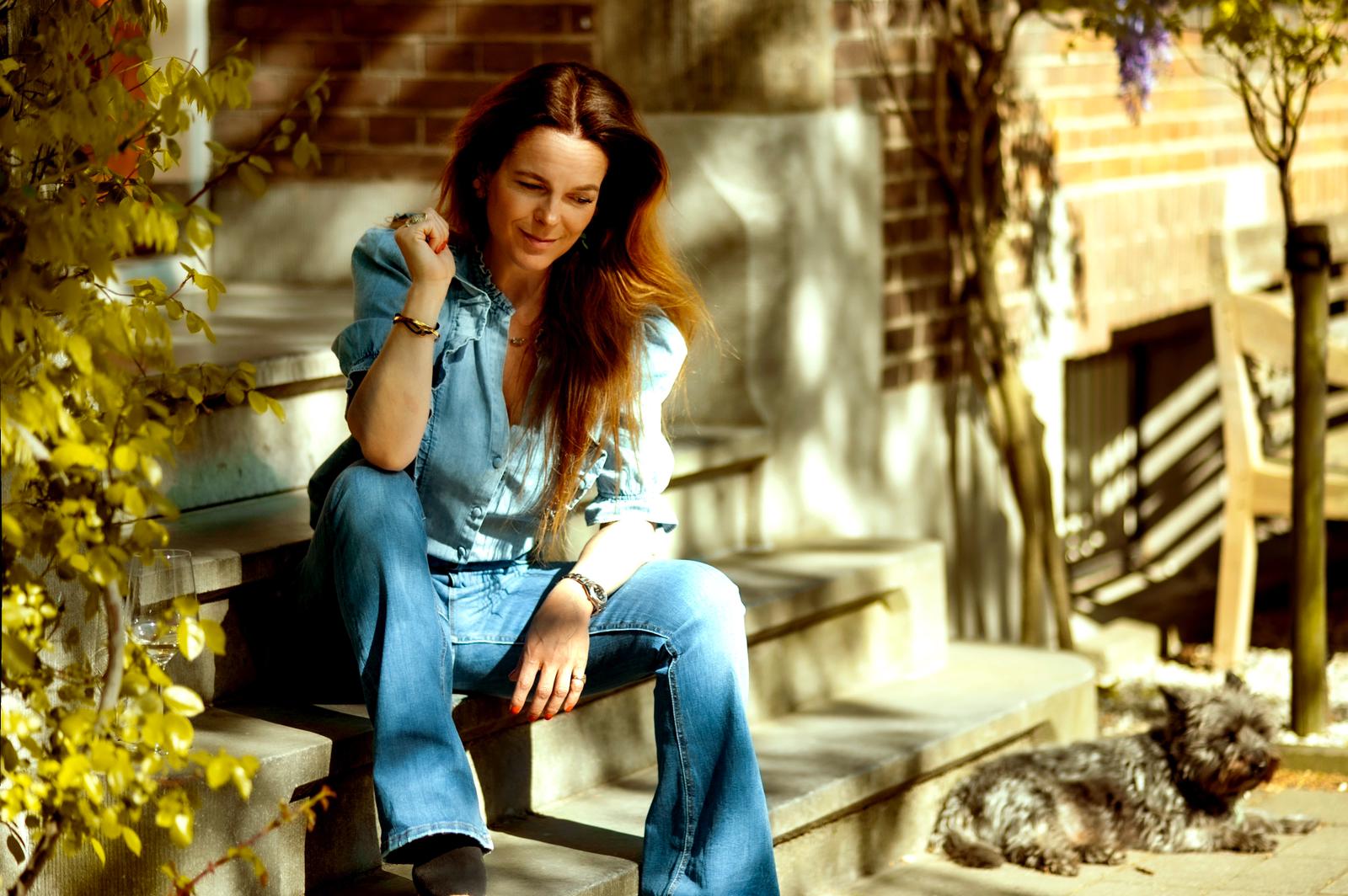 The Bridge Retreat - for anyone who has a heart 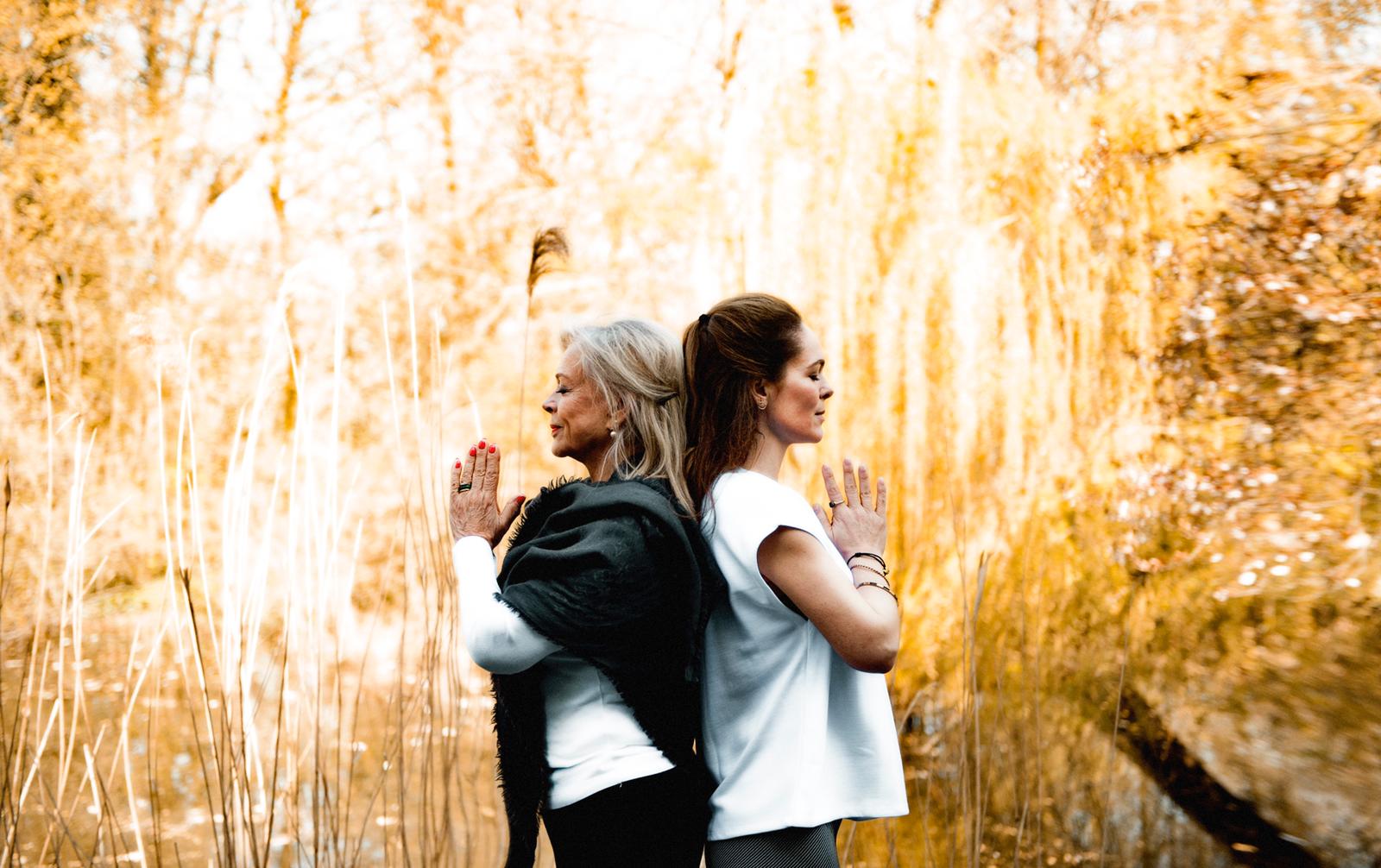 Frederique Bicker, Psychologist & The Bridge facilitator about The Bridge and its participants.

"Often people ask me ‘is my story ‘heavy’ enough for coming on The Bridge?’ Am I depressed enough, sad enough, anxious enough, mad enough?!  I believe that coming on The Bridge has very little to do with your background, trauma or your mental state. In my opinion it’s much more about having a deeper desire to live with an open compassionate heart. This will increase the love flow through your system and as a result will optimise the relationship you have with yourself, others and the world. Isn’t that what brings so much more peace, satisfaction and joy to us all?
‍
We will all deal with loss, pain and disappointment in life. It is part of being human. In order to move healthily forward from this we need to heal our heart. It needs time to cry, to express, to soothe and to breathe. Unfortunately we have forgotten how to do this in modern life. Many of us are drowning in stressful days, full of head based tasks, surviving on an automatic pilot. This is where the mind takes over and disconnects from the heart, with all sorts of problems as a result. With the collective challenges we are facing today, it’s even more important to bring our physical, mental, emotional and spiritual system into balanced alignment and to stay in true connection with ourselves and each other.
‍
As a Psychologist, I listen to different kinds of people on a daily basis and what strikes me is that people often compare their pain or experience to someone else’s. It might be a human thing to check where we are and belong in life. In terms of coming on The Bridge it seems that people believe you need a trauma or terrible childhood to deserve your place on the retreat. Nothing could be less true!  On The Bridge we heal in community and believe that my grief is your grief, equal and regardless of what it’s about. As the week unfolds it’s a blessing to see that personal stories fade away as we respectfully support each other in letting go of what’s been in the way for so long, without any judgement and comparison.

So I would like to invite anyone who has a heart and wants to awaken it, regardless of what you’ve been through, to join us. The Bridge Retreat is for you if you are ready to heal your past and reactivate the energy of love inside of you, so it can flow through you and out into the wider world. Can you imagine if we would all join The LOVE School what the world would be like?! Thinking about this makes my heart sing!"

Changing our world from the inside out

Frederique Bicker, Psychologist and The Bridge Facilitator, offers her professional perspective on the differences between 1:1 therapy and The Bridge Retreat.

“As a Clinical Psychologist people often ask me about the differences between 1:1 therapy and The Bridge Retreat. In my view there are many. To start with there is the length of the experience; in a standard therapy session, you would usually be there for 50-60 minutes a week which can feel limiting for both client and therapist. For many people an hour is simply not powerful enough to create the desired change and it can take months before people feel a significant positive shift. Whereas on The Bridge Retreat you are there for six whole days, receiving approximately 60 hours of therapeutic input, which is why many people say it feels like 3 years of therapy in 1 week.

This amount of time allows people to fully focus on themselves which is a rare and precious gift in such busy times. It offers them a chance to move away from the speediness of life and in slowing down, shift their focus from the outside world, towards their inside world. Away from their daily life and triggers, people then quickly begin to feel safe enough to drop their masks and defences and do the deep healing work they feel in need of.

Some people are also uncertain if group work is for them, often unsure if they are brave enough to share their vulnerabilities with others. I think we can all relate to this! But usually I manage to inspire them by explaining that it's the power of the group that makes The Bridge even more effective and magical. As the West African Tribal leader, Sobonfu Somé said ‘We were wounded in community and we must heal in community.’ It is often the ones who were most afraid of being in a group that tell me afterwards about how valuable they found the experience and how safe, heard and seen they felt by their peers. This in itself is incredibly healing.

My experience as a therapist is that there is only so much that can be achieved in 1:1 sessions which focus primarily on the cognitive and talking side of therapy. Awareness is of course very important but it is only the first step in the healing process. Some people will even move from one therapist to another trying to find something that goes deeper than this and meanwhile get stuck repeating the same old behaviours, simply because some important steps in the healing process are missing. The Bridge takes the healing process to a higher level by focussing not only on the awareness and cognitive part, but also on the deep emotional processing and releasing through the body. The Retreat taps into the body’s natural wisdom and desire to heal in a way that sitting in a chair one on one could simply never offer. And that is, in my professional view, the significant difference for long term healing.

The full 6 day immersion in combination with the power of the group and the incredible variety of the programme, including the ritual elements, are what makes The Bridge Retreat so special and powerful. It also ultimately shows up in the long term healing results. When I hear from my clients who have crossed The Bridge a year or two ago, that they haven't had a depression or panic attack ever since, I feel happy and convinced that The Bridge offers something way more effective than any 1:1 therapy can achieve.“